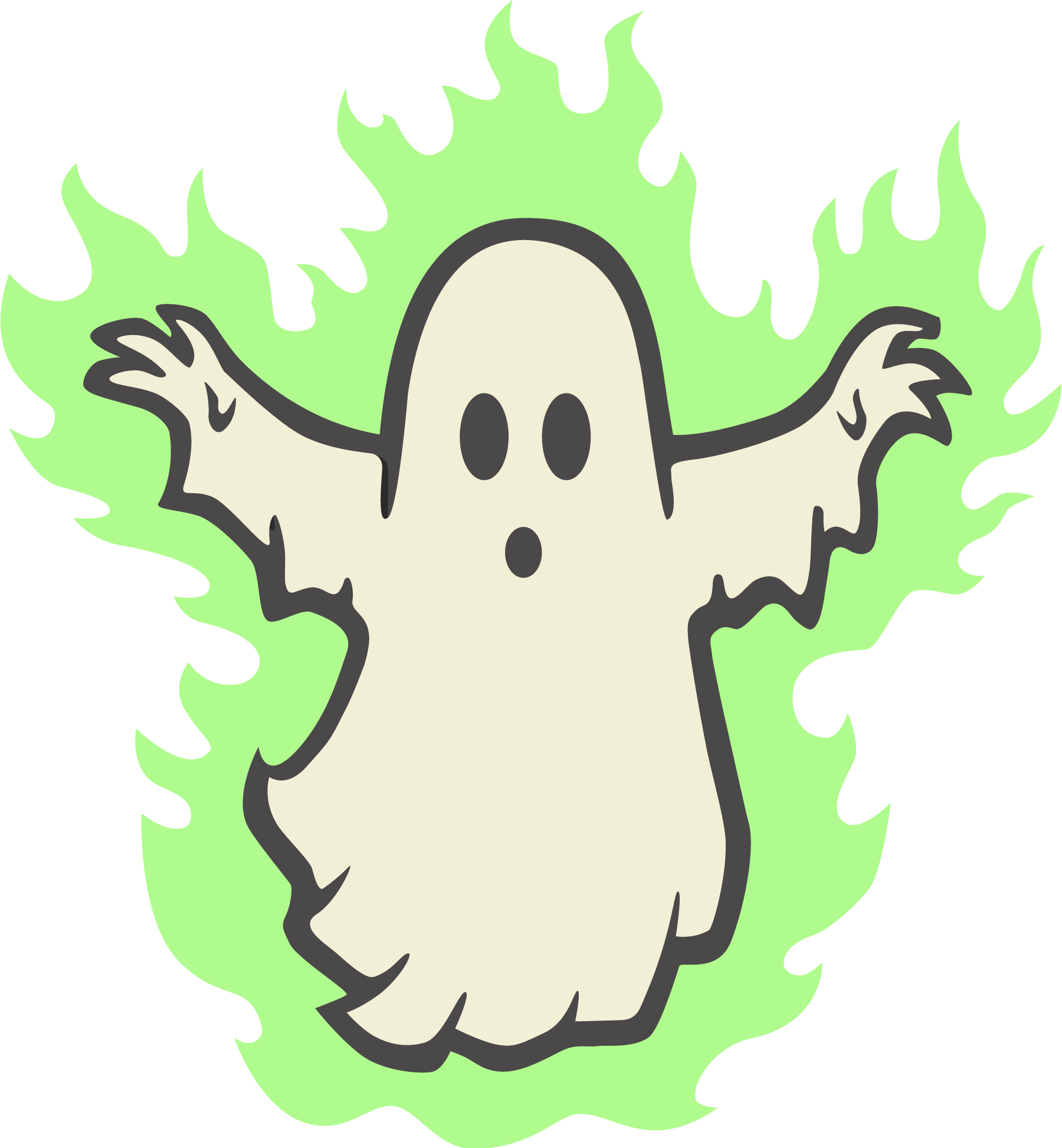 ETHEREALs are 12,345 hand drawn, randomly generated, interdimensional ghosts. Their traits are pulled from all reaches of the metaverse and include surprising mashups of cultural references all the way down to super-insider rarities. 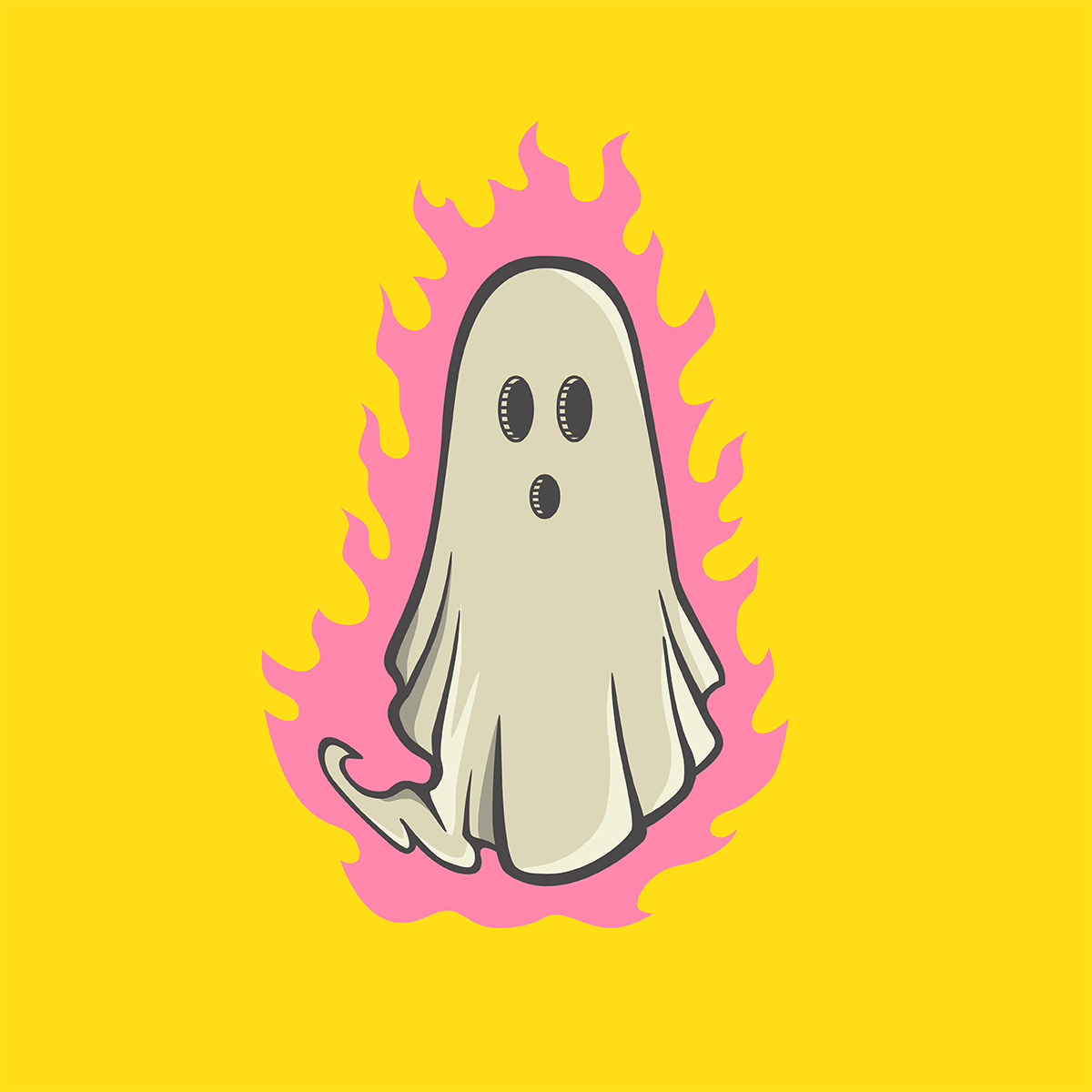 OG aka “Original Ghost” aka “OeJgee” 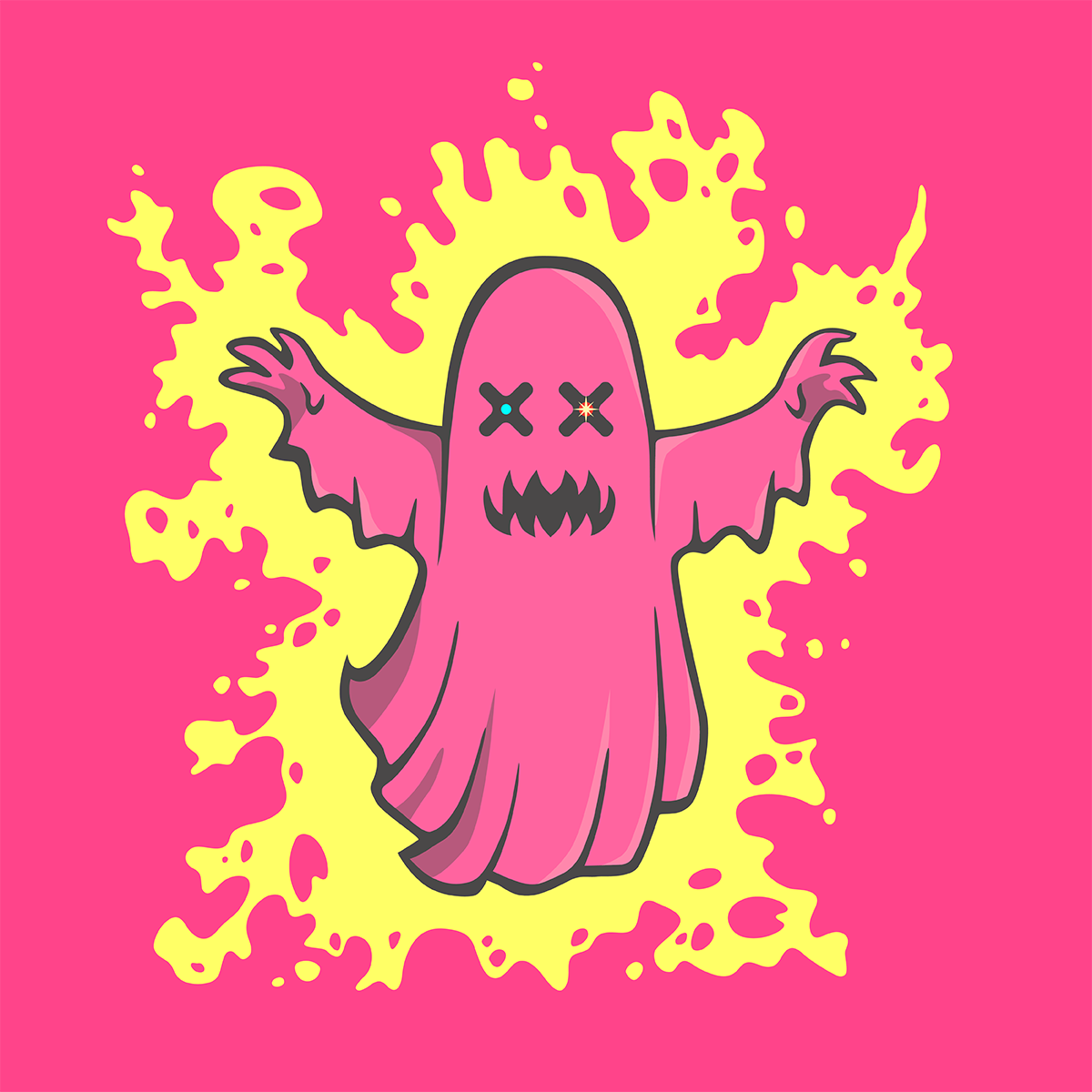 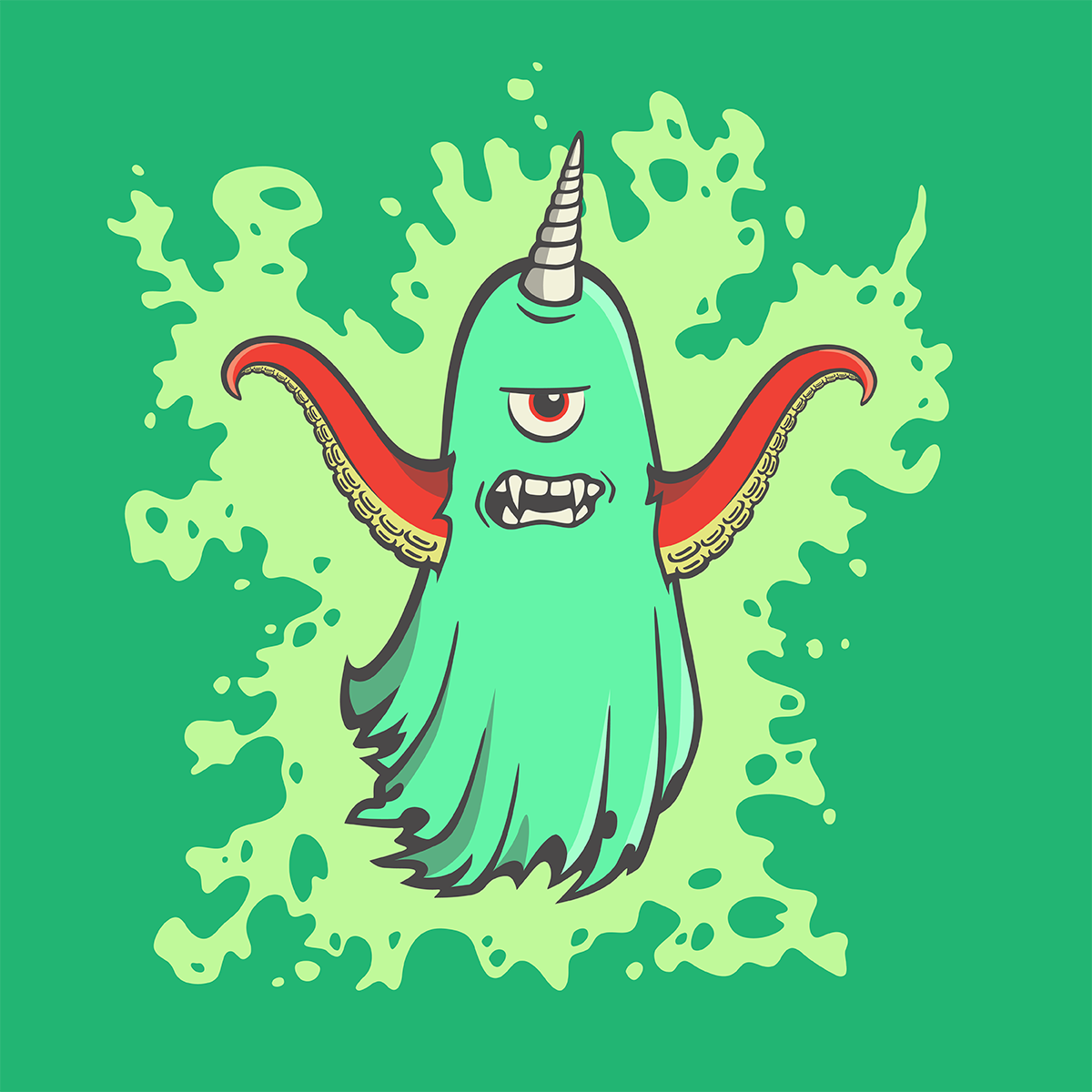 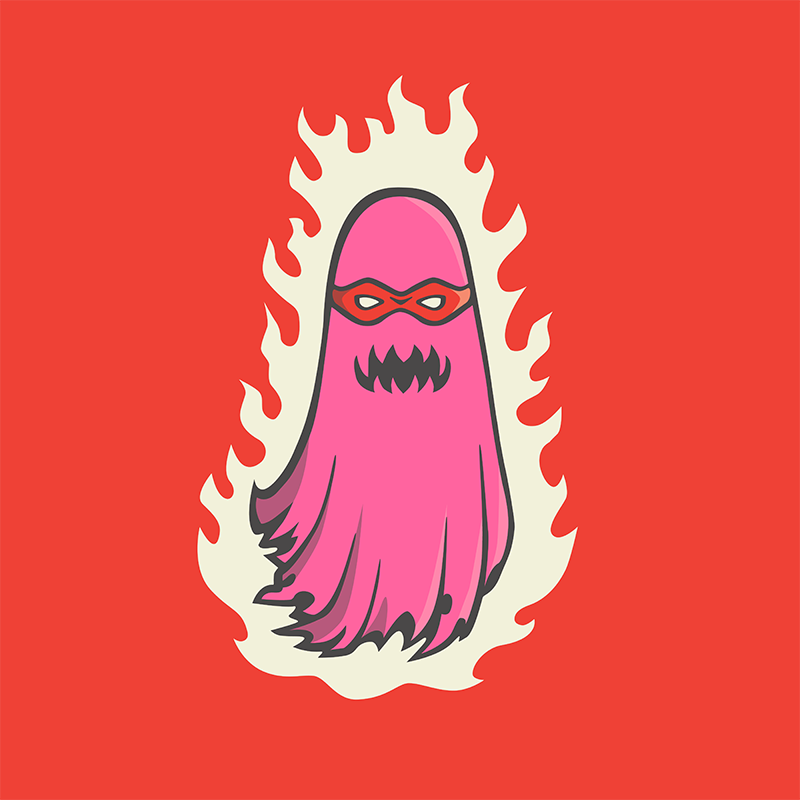 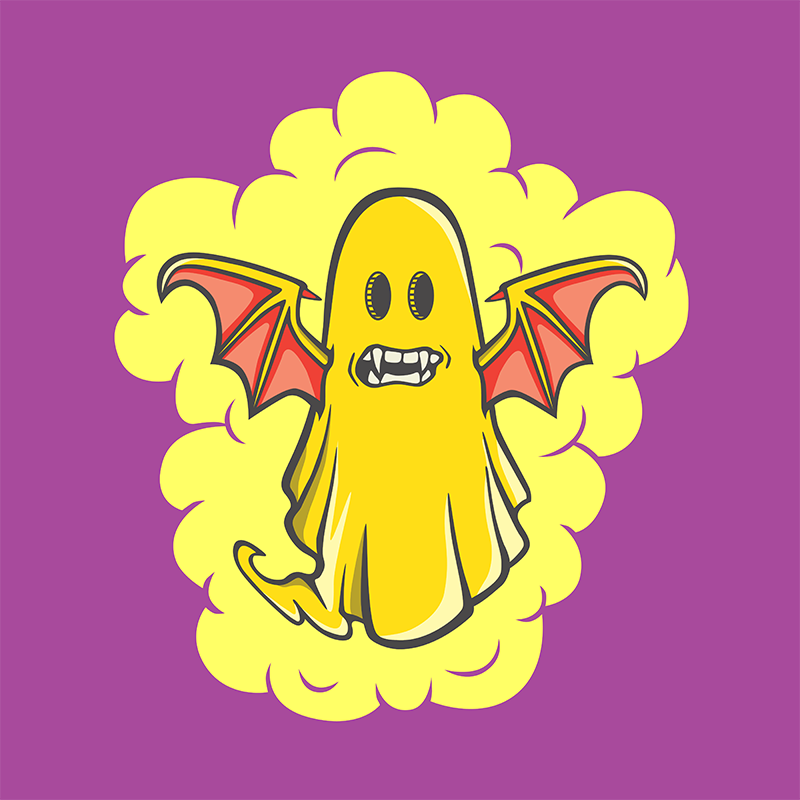 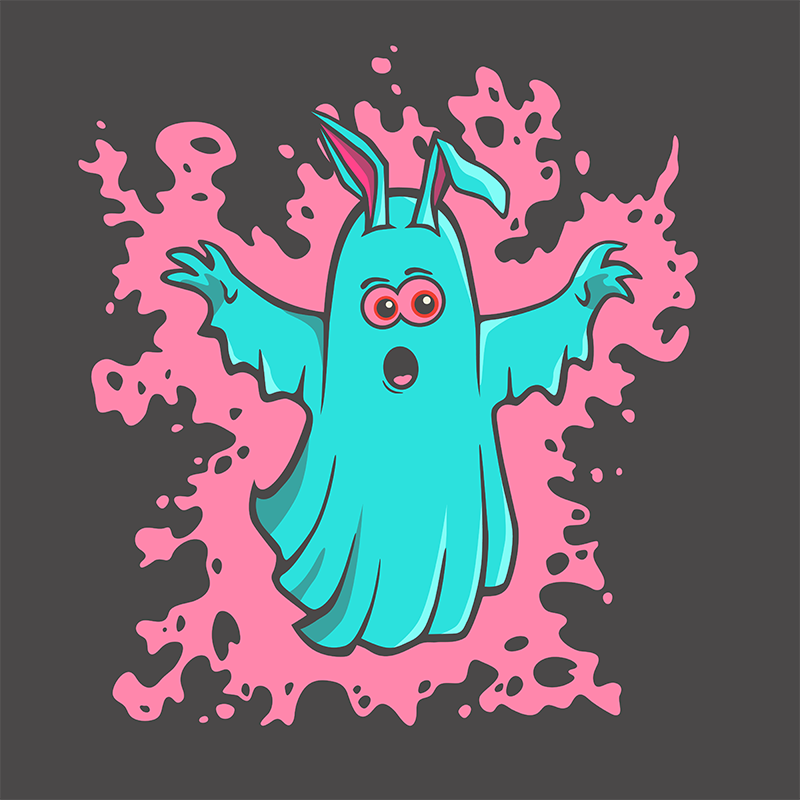 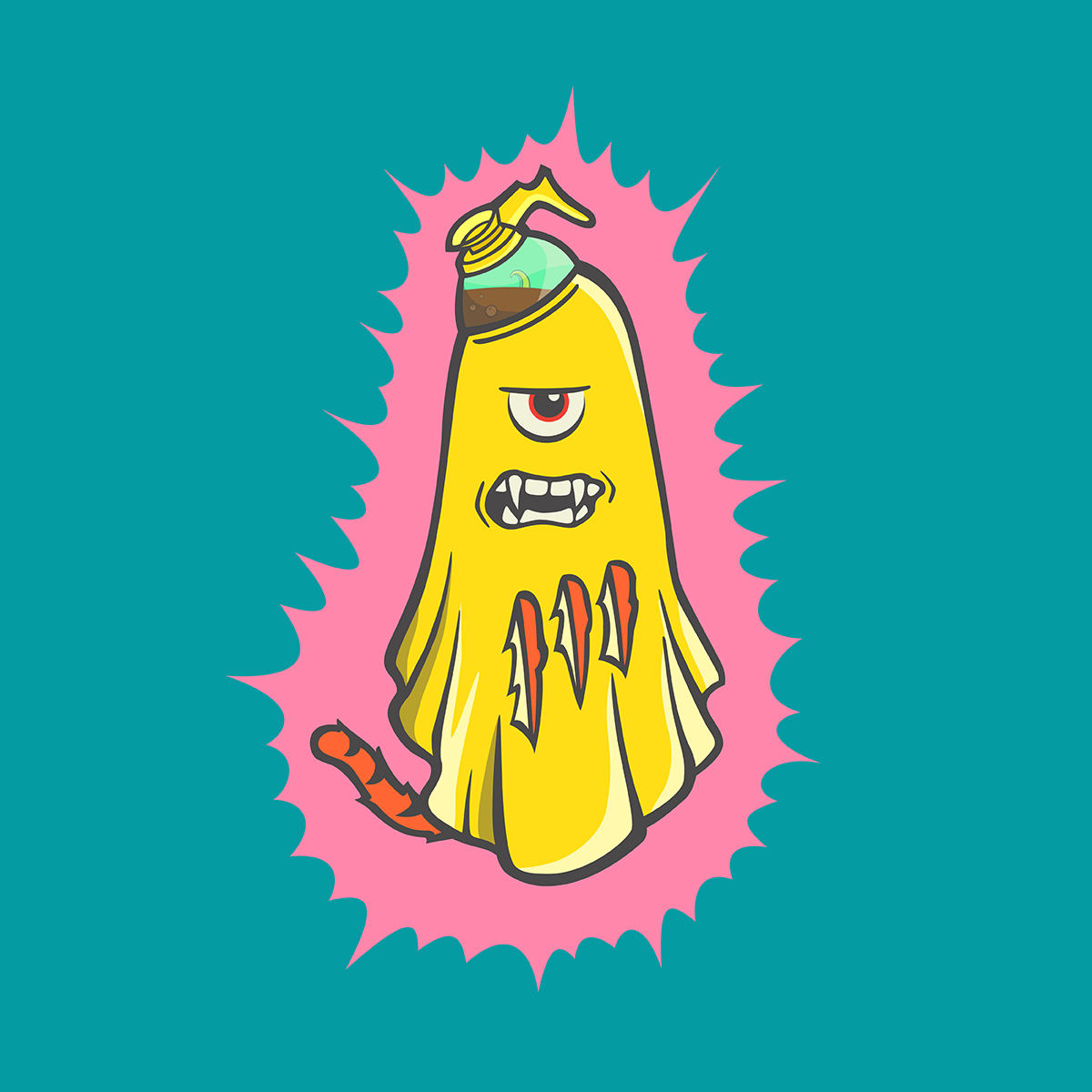 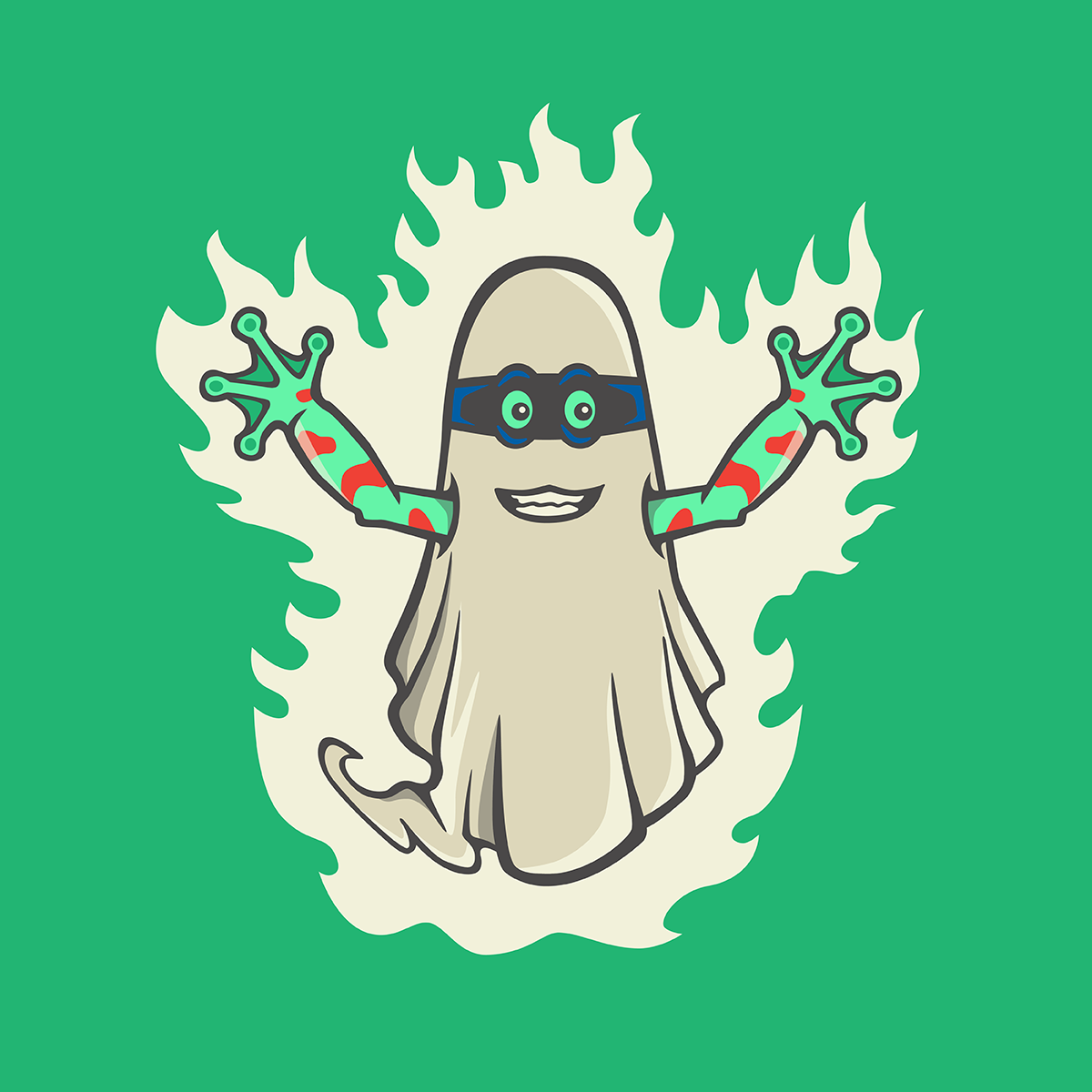 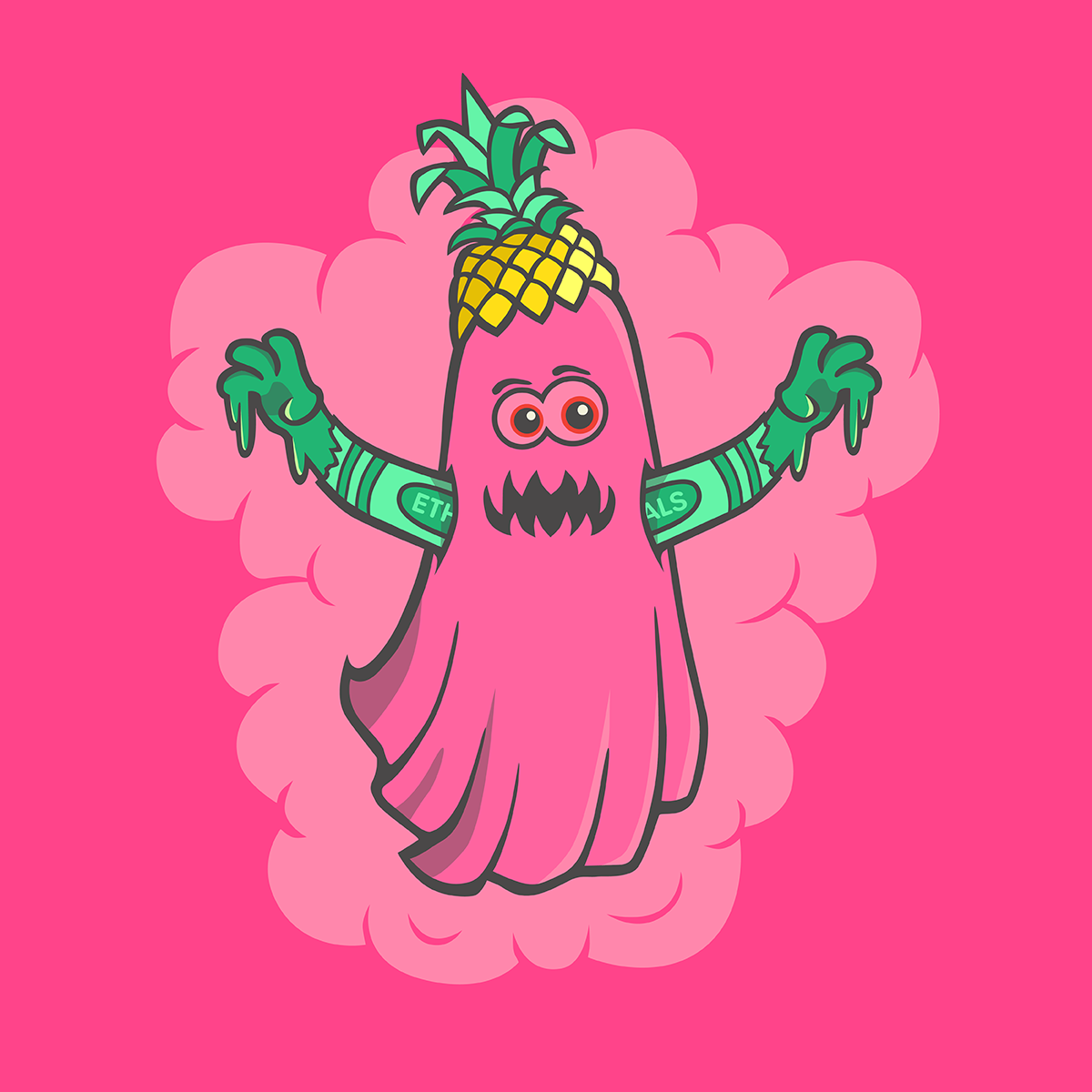 Each ETHEREAL has their own unique combination of interdimensional properties. They include traits such as origin-related facial features, auras, arms, sheets, and headwear. The sheets allow them to protect their cosmic forms during interdimensional travel.*

*Art shown is for demonstration purposes of attributes only, actual art generated on mint day will vary.

The ETHEREAL FUN PARK™ is located in a secret remote patch of time and space. It is nearly impossible to find. Many have tried and failed, but only the most worthy would find EFP.

Finding the park was the first step, those first that found, and told the others became known as OGs. But entrance into the park could only happen by helping others – their only shot at securing the ultimate reward. Once inside, the park guests would face many more challenges before they could become RIDERS.

When the ETHEREAL FUN PARK was created, the park the operators capped admission at 12,345 riders – so that for all time the multiverse would remember how long it took for the greatest roller coaster of all existence to reach the peak before dropping to blissful oblivion. (it would take only 1,2,3,4,5 seconds to reach the top.)

To assume their forms the riders would need to know the secret phrase to exit the park and become ETHEREAL. The secret phrase was …”678” That answer activated their new ETHEREAL forms and allowed them the power to travel inter-dimensionally in search of infinite fun FOREVER!

The rides were beyond their wildest dreams and the joy of the riders was immense. Only after experiencing blissful obliteration, could they finally leave the park. They had gone through many trials and tribulations but had secured the ultimate prize of transcending their physical forms – to exit as true ETHEREALS.

Join us. Ride Or Die.

Sheets are what protect ETHEREALS during inter-dimensional travel through wormholes. Travelers to ETHEREAL FUN PARK used all manner of devices to originally arrive at the fun park. The flaw is that those approaches are not sustainable for infinite wormhole travel. When ETHEREALS assume their new forms they are armed with sheets that not only protect their forms but allow them to travel throughout all times and dimensions in search of FUN. (hence WTF, i.e. “Where’s The Fun?”)

Sheets are indicators of various states of travel, and are clues to how active or long an ETHEREAL has been traveling.

Nothing is ever as it seems in EFP. Park operators run the “rides” – but the rides are far more than rides and the operators are far more than employees of the park. In fact, these rides are simply the most efficient forms for the “operators” to process those that are worthy of being ETHEREAL. The first test to become ETHEREAL was finding the park, the next test was making it into the cut off line, after that visitors were confirmed on the rides and the assembly of their new forms was initiated. The final step was releasing the visitors from the park for adventure and to assume their final ETHEREAL forms.

There are other hidden classes of Park Operators – Chaos Operators. They are loved fiercely by all but they are too powerful and erratic. The Ethereal Park Operators used all their powers collectively to subdue them (but still keep them happy). Chaos Operators have been tucked into the food court for everyone’s safety, where they can roam freely and have fun.

You’ll recognize them by their common names though: “Popcorn”. They have an endless supply of power but very little discretion on how to use it, when they have fun they can go a little wild. They are luckily unaware of their true strength.

When Chaos Operators got too excited the “popcorn” started to FLY! Each kernel of popcorn was a gift of power. The gifts they bestowed were “popped” onto the other ETHEREALS randomly which created the 5 classes of Park Operators.

When the popcorn started to fly the newly created Park Operators were grateful for the powers but had to get the chaos under control. Thanks to the Park Operators, the Chaos Operators can still use their powers but only in a couple of areas of the park. It remains to be seen how long they will be subdued.

The Etherealtrons are Delta (Water), Theta (Terra or earth), Beta (Air), Gamma (Fire). They are the creators of the Ethereal Fun Park Operators (EFP Staff) and Ethereal Fun Park Tech (the rides) and imbued them with their knowledge to create and maintain ETHEREAL FUN PARK.

It’s important to note that Etherealtrons are not bound by a physical presence. They only choose to appear in forms that are more easily understandable to lower life forms, in order to communicate and assist them with their Ethereal ascension.

Giveaways and contests keep coming in HOT! We are working on bringing the fun to all ETHEREALS hodlers and community members. Keep an eye out for the latest on our Twitter and Discord (as well as some fun collaborative giveaways that are based on specific traits).

The Ethereals project was founded around art and community. We are rolling out a collection of Official Ethereals merch that brings the NFTs to life and allows the community to represent the BOOgang IRL

IRL meetups and events are underway with ETHEREALS members from around the globe; for the highest concentrations of ETHEREALS HODLers in local communities. This is aided by the first Official Volunteer BOOBOARD where BOOGang members are empowered to represent the interests of the ETHEREALS community for the duration of their term (quarterly and monthly board seats). They are assisted by Moderators and Founders and the board is provided with a budget for IRL events.

We have purchased our land in Decentraland and are at work building out some fun accessibility for members! We have a few surprises up our sleeve and can’t wait to share them!

We are continuing our efforts to give back and have most recently given to a NICU unit for spooky season and next up is an NFT auction for Right-Click-Give in partnership with Blankets of Hope, we’re in good company and have joined other notable projects like Cyberkongz, Pudgy Penguins and Cool Cats in our giving.

Rest assured, we will not just focus our efforts solely in the US for philanthropy but are choosing to start at home.

Jimmy Danko is the artist behind each of these interdimensional ghosts, and is an active player in the NFT community. He painstakingly draws all the ETHEREALs by hand and then digitizes them. He is the creator behind Mayhem Island NFT Bananas, and is known for his hyper-realistic oil paintings of toys and pop culture icons - his work is featured in private collections all over the world. He has had collaborations with brands such as Converse and Lexus and his work has been featured in major industry publications such as Forbes. 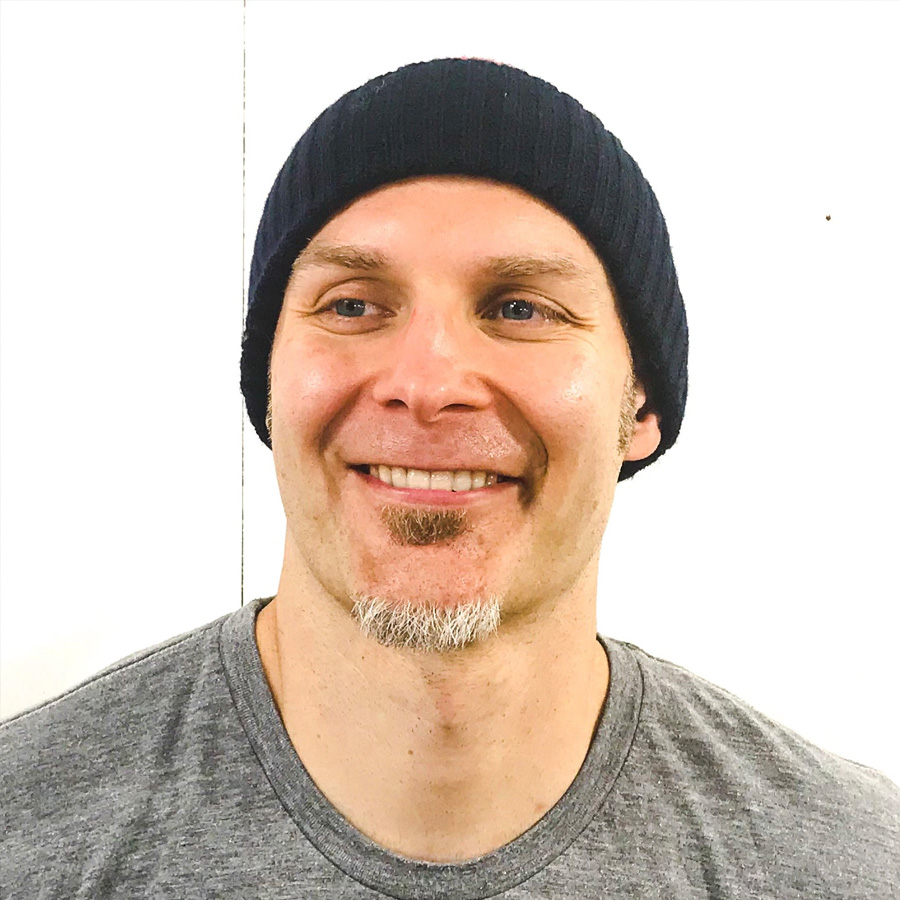 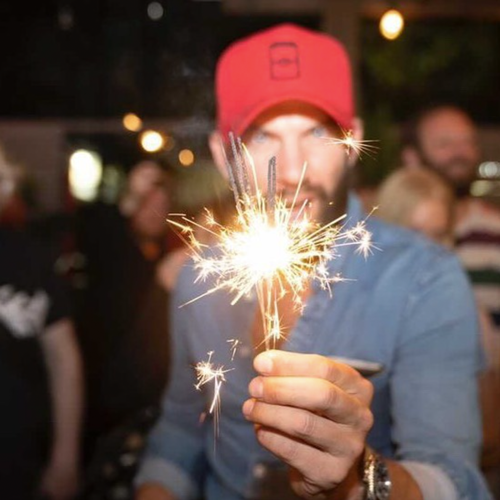 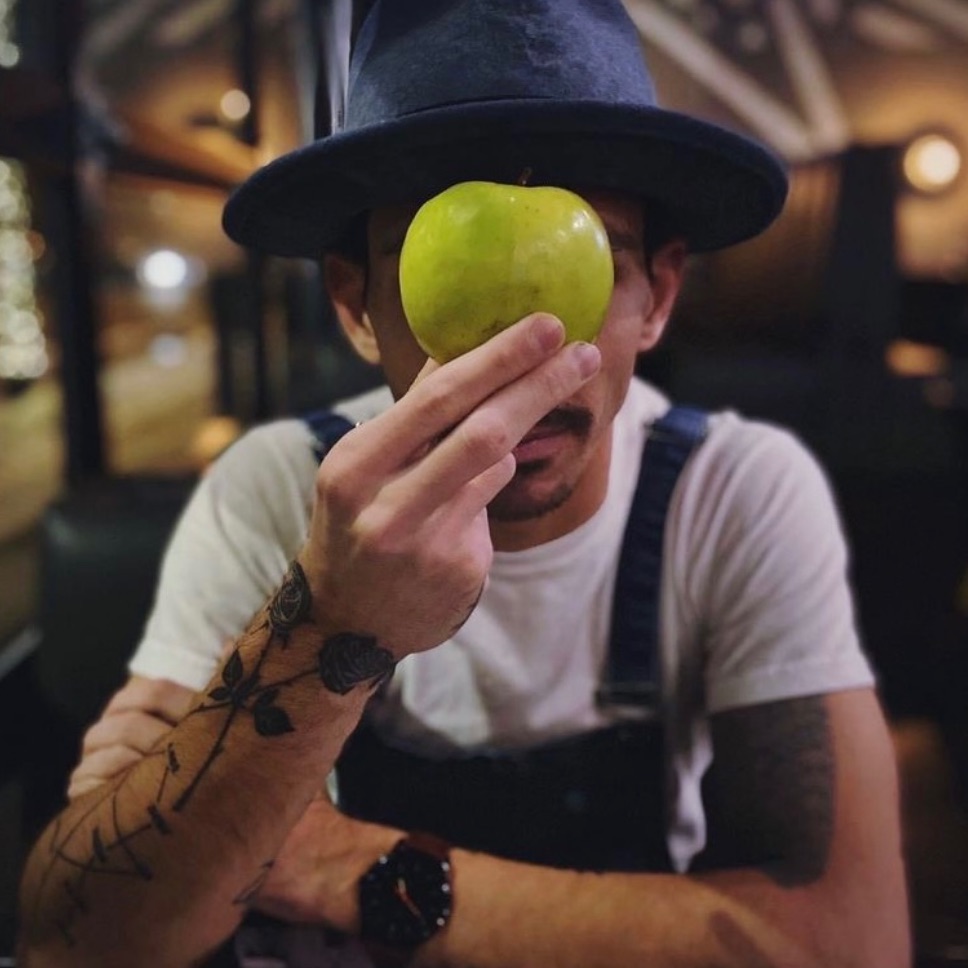 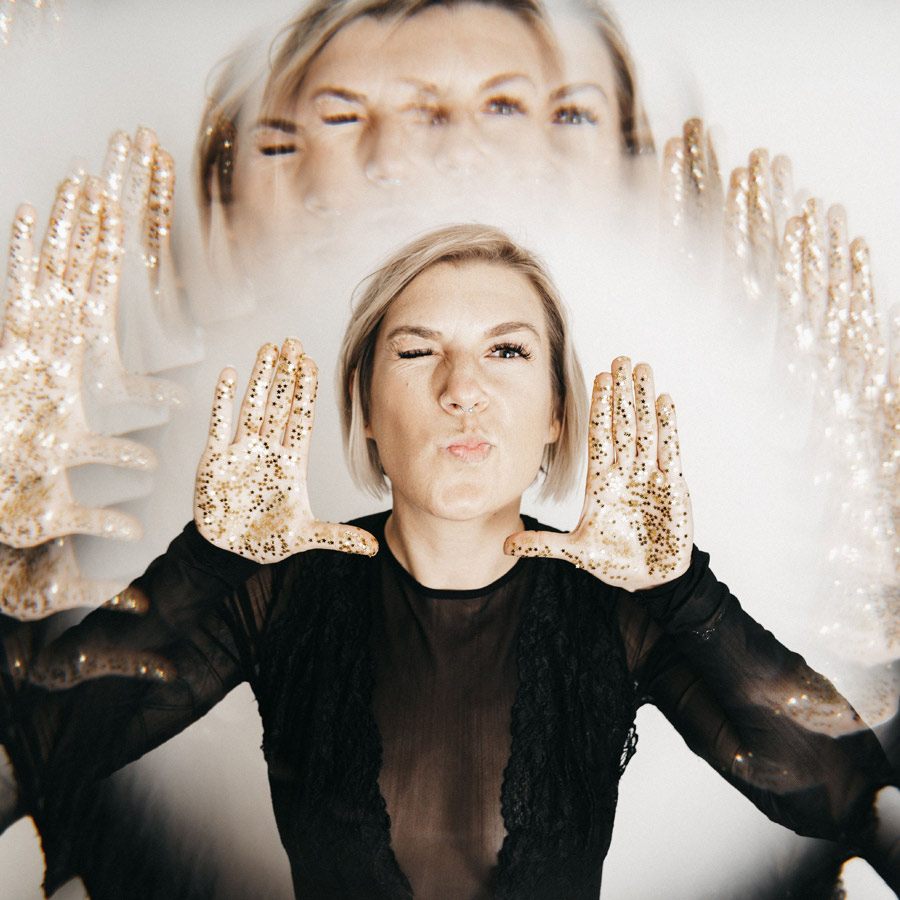 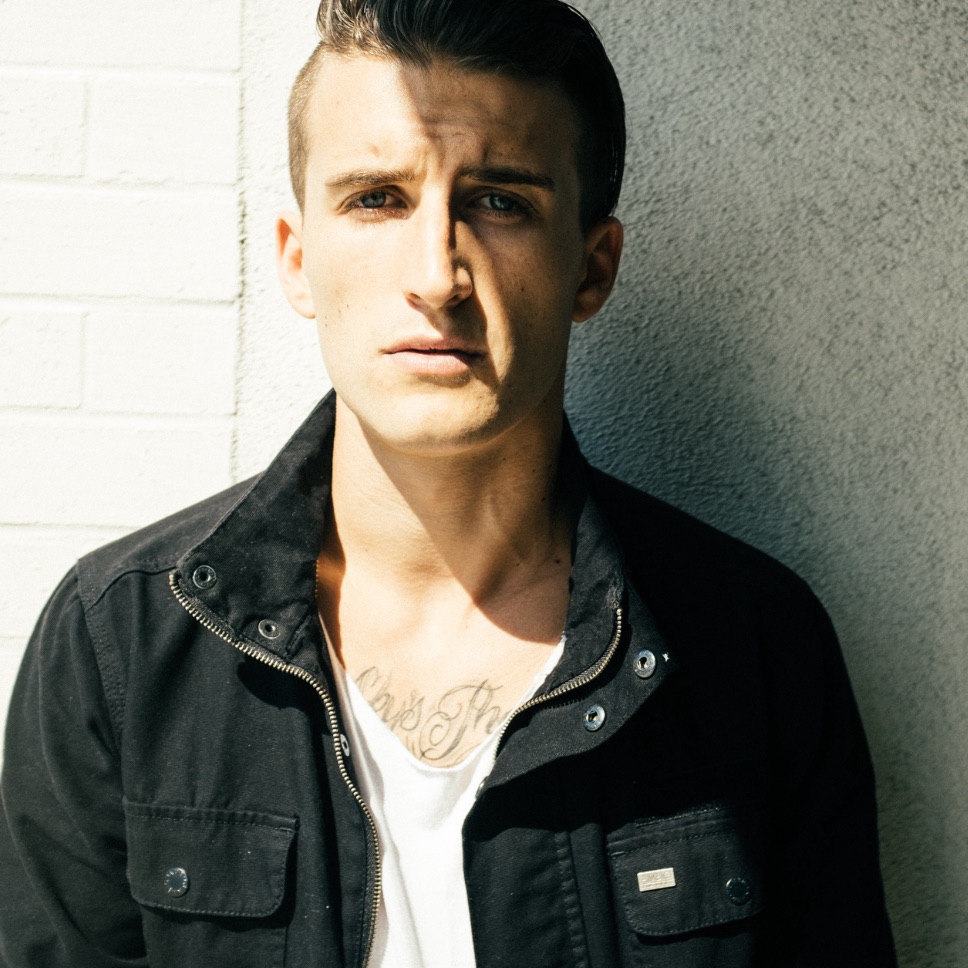 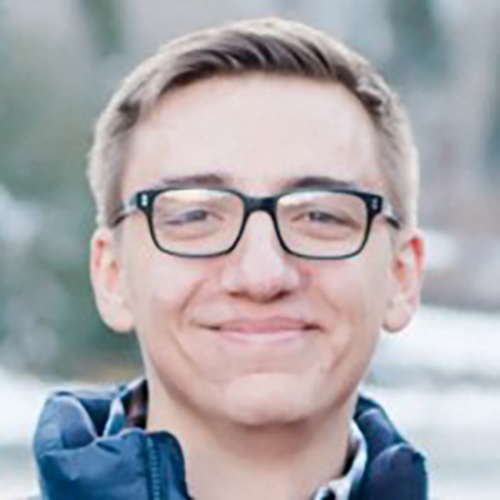 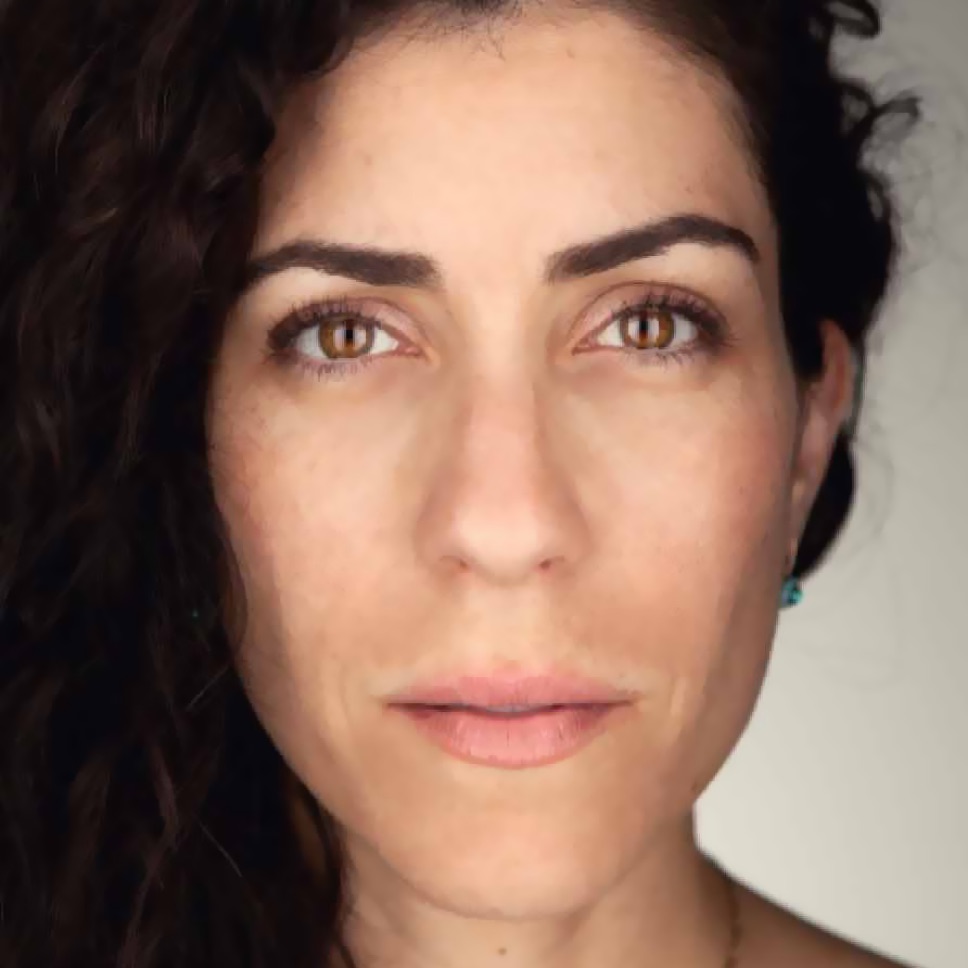 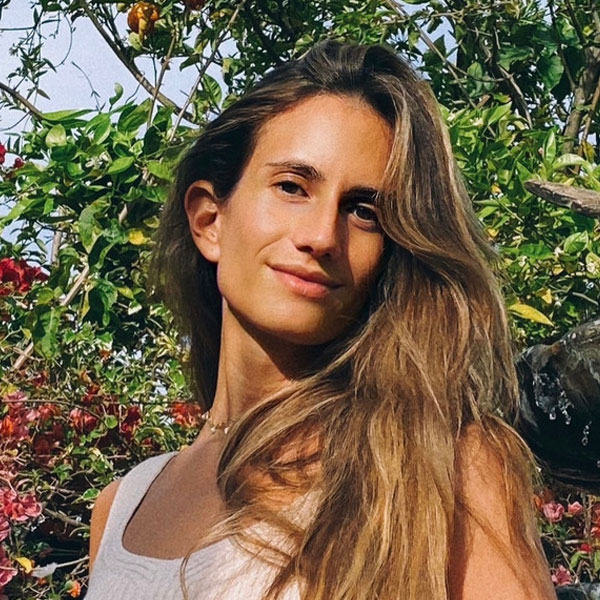